Labour’s £10 Real Living Wage to give 5.6 million a pay rise 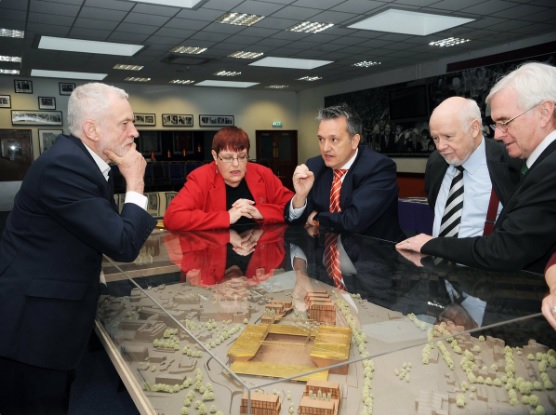 Labour’s £10 Real Living Wage to give 5.6 million a pay rise

Speaking at Luton Town Football Club on Monday, Jeremy Corbyn will spell out Labour’s commitment to raising the legal minimum wage to at least £10 an hour by 2020.

Speaking at a visit to Living Wage employer Luton Town FC on Monday, Jeremy Corbyn, leader of the Labour Party, will say:

“Low pay blights the lives of huge and growing numbers in our country and fuels widening inequality. The government’s re-branding of the minimum wage to the national living wage hasn’t dealt with the real problems of low pay and rising cost of living.

“That’s why Labour will raise the legal minimum wage for all to at least £10 an hour by 2020, giving more than five and a half million people a pay rise in the process.

“Labour’s Real Living Wage will immediately boost the incomes and opportunities of more than 20% of the workforce, especially in sectors such as retail, care and hospitality.

“We know that where work pays, living standards rise and reliance on benefits falls. This is the right thing to do and a Labour government will be committed to rebalancing our economy so that no one and no community is left behind.”

“Theresa May promised to be a champion of working people; she has failed. The Tories are taking the country backwards; Labour will stand up for working families making them £2,500 a year better off in 2020.

“Only Labour will take the action needed to end the Tories’ economic failure and introduce a Real Living Wage of £10 an hour by 2020.”