Labour’s Shadow Economic Secretary to the Treasury, Richard Burgon visited Peterborough on Monday (11 April) to join local Labour Party activists in campaigning ahead of the local and Police and Crime Commissioner elections on 5 May.

“I was delighted to join local Labour volunteers in Peterborough speaking to local residents on their doorsteps this week.

“We know Conservative cuts are hitting councils jobs and services, harming those who can least afford to lose them. That’s why Peterborough Labour is working so hard for local residents.

“To elect a council who will stand up for ordinary people, make sure you vote Labour in Peterborough on 5th May.” 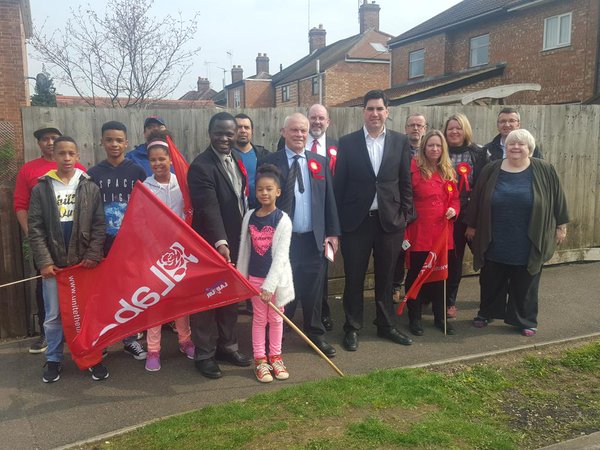